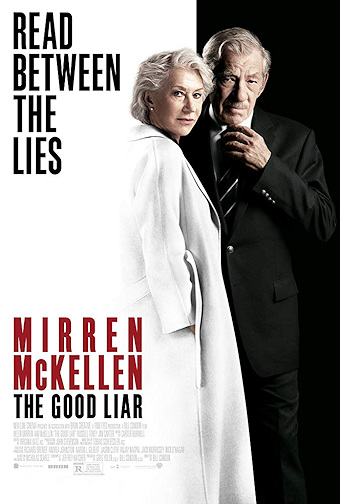 No admission to children under 15.

Roy Courtnay is an aging British con artist who, along with his business partner Vincent, manipulates people into giving him access to their finances through a string of deception and false identities. In 2009, his latest target is Betty McLeish, a former history professor at Oxford who lost her husband a year ago and has savings in excess of £2 million.

The Good Liar is a 2019 crime thriller film directed and produced by Bill Condon and written by Jeffrey Hatcher, based on the novel of the same name by Nicholas Searle. It stars Ian McKellen as a career con artist who meets a wealthy widow (Helen Mirren) online, and then discovers that his plan to steal her fortune has unexpected roadblocks.