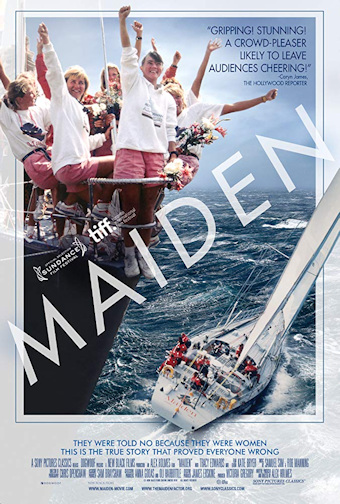 The story of Tracy Edwards, a 24-year-old cook on charter boats, who became the skipper of the first ever all-female crew to enter the Whitbread Round the World Race in 1989.

Tracy Edwards had her first Whitbread Round the World Race experience as a cook on the boat Atlantic Privateer. She enjoyed the experience so much that she decided to take part as a skipper and three years later she bought the 58ft yacht Maiden. Edwards put together an all – and first – female crew and entered the race. The crew went on to win two of the Whitbread legs and came second in class overall.

Edwards went on to receive an MBE and became the first woman in its 34 year history to be awarded the Yachtsman of the Year Trophy.

Director Alex Holmes comments: “Maiden is an inspirational story of guts and determination that deserves to be heard by the widest possible audience.”